Should Illegal Drugs Be Legalized? 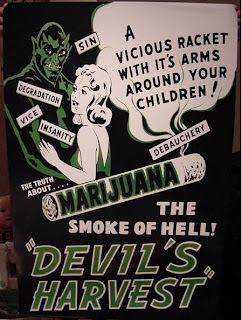 (Originally written as a report for a paralegal course in 2003.)

The “Drug Culture” is not a new development. Sumerian cuneiform tablets from 3000 B.C. show a poppy harvest, as do ancient Egyptian scripts and Greek statues adorned with poppy crowns.(1) Opium is said to have been introduced into China by the Arabs probably in the 13th century, and it was originally used there as a medicine.(2) The original Coca-Cola recipe contained cocaine until it was replaced by caffeine in 1903.(3)

The War on Drugs is not a recent event or even a uniquely American event. The British fought the Opium War in the 1840’s.(4) Some of the earliest involvement by the United States with the drug trade goes back to the Spanish-American War. Upon winning the Philippines, many of the colonial administrators of the Philippines were appalled at the high rate of opium smoking among the population.(5)

While international efforts by the United States fell short, in 1911, Hamilton Wright, the State Department’s opium commissioner, attempted to draft legislation to curb the flow of opium into the United States.(6) It met opposition from the States, the medical profession, pharmacists, and pharmaceutical companies. After nearly three years of debate, Congress passed the Harrison Narcotics Tax Act on December 17, 1914 (named for Representative Francis Burton Harrison, who introduced the initial form of the bill).(7) Originally, it was meant to be a registration law: doctors, pharmacists and vendors would submit paperwork on all drug transactions. But the Treasury Department quickly used violations of the law to shut down legitimate practices as well as dope clinics and illicit drug stores.(8) Later developments included the 1937 Marijuana Tax Act and Comprehensive Drug Abuse Prevention and Control Act of 1970.

The War on Drugs has been on a pretty consistent swing since the Nixon Administration. There are various reasons cited for the War on Drugs. The Reagan Administration’s “Just Say No to Drugs” campaign was in large part lead by Nancy Reagan. The purpose of this campaign was to bring awareness to the dangers of drug abuse.(9) According to President Bush in a speech in May, 2001, when he introduced John Walters as the newest Drug Czar, he stated that illegal drugs cost more than 100 billion every year, principally from lost productivity. He also stated that the human tragedy of drug use can’t be measured in dollar figures such as lost lives, educational and job opportunities, families torn apart, and health care costs. He states that illegal drugs cost as much as $15 billion a year in health care costs as well as many as 20,000 people die each year from drug use.(10)

Opponents of drug legalization cite a number of arguments for opposing the legalization of drugs. Among these are that drug use and addiction would increase greatly. Hospitals would have to deal with many more cases of drug overdose. Child abuse would increase. Other reasons are there would be more drug-related accidents at work and on the road. Id

According to the Drug Enforcement Administration, approximately 65% of the cocaine smuggled into the United States crosses the Southwest border. A kilogram of cocaine costs about $25,000 at the wholesale level. U.S. Federal authorities seized about 103 metric tons of cocaine in 2000 compared to 135 metric tons in 1999. Nationwide, in 2000, South Asian heroin ranged from $50,000 to $200,000 per kilogram. SEA and SWA heroin ranged in price from $40,000 to $190,000. Wholesale-level prices for Mexican heroin were the lowest of any type, ranging from about $13,000 to $175,000 per kilogram. The wide range in kilogram prices reflects variables such as buyer/seller relationships, quantities purchased, purchase frequencies, purity, and transportation costs. U.S. Federal law enforcement authorities seized 1,575 kilograms of heroin in 2000 compared to 1,149 kilograms in 1999.(11)

In a report put out by the Office of Drug Control Policy in 2000, it stated that $25,000 for a kilogram of cocaine “is a high price for a product that is basically agricultural, requires inexpensive chemical processing, and has minimal shipping costs absent interdiction. Consequently, source zone and transit zone programs almost certainly explain the high wholesale prices.”(12)

Domestic law enforcement operates on drug prices in three ways. First, domestic law enforcement seizes some of the illegal drugs, which in turn reduces the supply and/or increases the cost of the product. Second, drug dealers engage in a substantial risk in getting caught and incarcerated. Third, because drug dealing is illegal, contracts between buyers and sellers are unenforceable, and violence often substitutes as a means of enforcing deals. Due to such substantial risk, dealers charge higher prices to compensate. Id

Opponents of the Drug War argue that these astronomical prices are precisely one reason why such drugs need to be legalized. Opponents point to the alcohol prohibition of the 1920’s as an earlier example of how prohibition fails.13 Critics point to organized crime and smaller gangs sought to fill the void in the market made illegal by Prohibition. When the 18th Amendment was repealed by the 21st Amendment, alcohol was again legal and criminal gangs were out of the liquor business.(14)

As for the argument that drug use is immoral and harmful, some say such an argument points out the hypocrisy involved asking why some drugs should be illegal and while others are legal. Opponents also argue that police and military personnel are being misallocated in a war that can never be won. More than 19,000 state and local police work full-time on drug cases. Another 8,000 military personnel are deployed in Drug War missions.(15) It is further argued that drub abuse should be treated as a medical problem and not a law enforcement problem.

When a government report goes as far to admit that $25,000 for a kilogram of cocaine is a “high price for a product that is basically agricultural, requires inexpensive chemical processing, and has minimal shipping costs absent intrerdiction” and that law enforcement efforts almost certainly explain such high prices, factored in imprisoning drug users and policing the border, the War on Drugs certainly appears to be a ploy for power and being used as an excuse to put people in prison. Gangs aren’t fighting it out over alcohol, aspirin and tobacco. Gangs didn’t fight it out over cocaine, heroin, and marijuana at one time either. The exorbitant prices are a prime motive for engaging in the drug trade, which would not occur if it were legalized. Drug abusers could get treatment without fear of arrest and police personnel could be served on murders, rapes, kidnapping and other charges.

1 Chelsie Vandaveer, How did a ban of tobacco lead to opium smoking?
http://www.killerplants.com/plants-that-changed-history/20021015.asp

10 Remarks by the President on the 2002 National Drug Control Strategy
http://www.whitehousedrugpolicy.gov/news/speech02/021202/021202sp.html

12 The Price of Illicit Drugs: 1981 through the Second Quarter of 2000
http://www.whitehousedrugpolicy.gov/publications/pdf/price_illict.pdf

13 Should We Re-Legalize Drugs?
http://www.lp.org/issues/legalize.html

14 History of the Prohibition Act of 1920 in America
http://id.essortment.com/historyprohibit_pmh.htm

One need not travel to China to find indigenous cultures lacking human rights. America leads the world in percentile behind bars, thanks to the ongoing open season on hippies, commies, and non-whites in the war on drugs. Cops get good performance reviews for shooting fish in a barrel. If we’re all about spreading liberty abroad, then why mix the message at home? Peace on the home front would enhance global credibility.

The drug czar’s Rx for prison fodder costs dearly, as lives are flushed down expensive tubes. My shaman’s second opinion is that psychoactive plants are God’s gift. Behold, it’s all good. When Eve ate the apple, she knew a good apple, and an evil prohibition. Canadian Marc Emery is being extradited to prison for helping American farmers reduce U. S. demand for Mexican pot.

Nixon passed the CSA on the false assurance that the Schafer Commission would later justify criminalizing his enemies, but he underestimated Schafer’s integrity. No amendments can assure due process under an anti-science law without due process itself. Psychology hailed the breakthrough potential of LSD, until the CSA shut down research, and pronounced that marijuana has no medical use. Former U.K. chief drugs advisor Prof. Nutt was sacked for revealing that non-smoked cannabis intake is scientifically healthy.

The RFRA (Religious Freedom Restoration Act of 1993) allows Native American Church members to eat peyote, which functions like LSD. Americans shouldn’t need a specific church membership or an act of Congress to obtain their birthright freedom of religion. God’s children’s free exercise of religious liberty may include entheogen sacraments to mediate communion with their maker.

Freedom of speech presupposes freedom of thought. The Constitution doesn’t enumerate any governmental power to embargo diverse states of mind. How and when did government usurp this power to coerce conformity? The Mayflower sailed to escape coerced conformity. Legislators who would limit cognitive liberty lack jurisdiction.

Common-law holds that adults are the legal owners of their own bodies. The Founding Fathers undersigned that the right to the pursuit of happiness is inalienable. Socrates said to know your self. Mortal lawmakers should not presume to thwart the intelligent design that molecular keys unlock spiritual doors. Persons who appreciate their own free choice of path in life should tolerate seekers’ self-exploration. Liberty is prerequisite for tracking drug-use intentions and outcomes.

visitors from around the globe 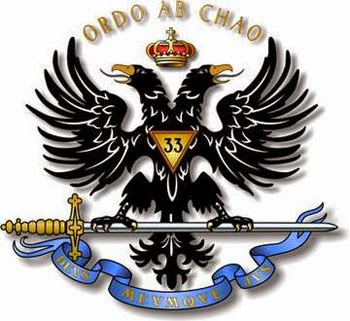 Order Out of Nothing

Chris F.
All articles are copyrighted. Please ask if you want to use them.